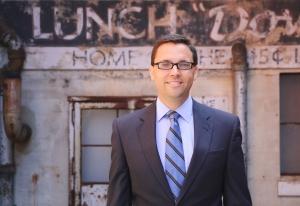 Will is the father of four children attending Voyager Academy.

Will is a lobbyist for The Nature Conservancy, a conservation non-profit with offices in Durham. He and his wife Joyce are members of Summit Church. He is also a member of the NC State Bar.
Will grew up in eastern North Carolina. His parents were both public school teachers and administrators; his dad was also a football coach and athletic director. Earlier in his career, Will taught sixth grade at Durham’s Brogden Middle School. He enjoys playing sports with his family and being outdoors. 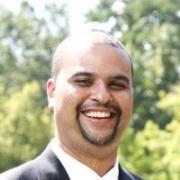 Terry Lynch is the Vice Chancellor for Student Life at the North Carolina School of Science and Math (NCSSM). He has served in that role since June 2014. Prior to working at NCSSM, Terry worked at Duke University for twelve years in their student affairs division.

Terry earned his bachelor’s and master’s degrees from the University of Virginia and completed his doctoral degree in higher education administration from North Carolina State University. Terry and his wife, Nikkia, are the proud parents of two children, Jordan and Sarah, who attend Voyager Academy. 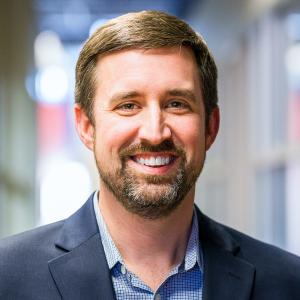 Evan is a Senior Vice President for Pacific Western Bank based out of the Durham, NC office. His team is focused on community development finance within the Triangle Region of North Carolina and the Denver-Metro Region of Colorado. In addition to the Voyager Board of Directors, he currently serves on the board of Durham Children’s Initiative ("DCI") and has previously served on other boards and local committees focused on supporting education and Durham youth.

Evan earned his B.S. in Business Administration from the University of North Carolina at Chapel Hill. A North Carolina native, he lives in Durham with his wife Kelly and their three children. 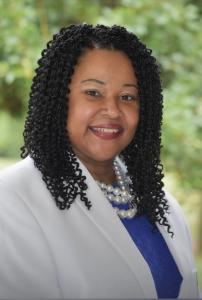 Professionally, Selvy has served in State and County Government positions in North Carolina for 20 years. She is a social worker in Aging and Adult Services at Durham County Department of Social Services. She is responsible for coordinating, assisting and managing a caseload of disabled and or elderly adults in need of Meals on Wheels Services and In-Home Aide Services. Her focus is helping others and she is very passionate about community involvement and education. She contributes countless hours of service in the community, including serving in various leadership roles as an active member of Zeta Phi Beta Sorority, Incorporated, Board member on the Durham County Juvenile Crime Prevention Council and Treasurer of the Triangle Association of Black Social Workers.

Selvy received her Bachelor of Arts in Sociology from North Carolina Central University, Master of Social Work from Norfolk State University, and Master in Human Services, Counseling Studies Concentration from Capella University. Earner of the Diversity, Equity and Inclusion in the Workplace Certificate, offered by the University of South Florida Muma College of Business. She is a member of Orange Grove Missionary Baptist Church in Durham, North Carolina, where she serves as Treasurer for the Family First Ministry. She is married to Darrick Selvy and together they have one daughter Robin, a rising second grader at Voyager Academy Elementary School.

Selvy is compassionate about her work and lives by the unspoken words: “I can do all things through Christ who strengthens me (Philippians 4:13)." Her favorite motto is: “Be the person you have become and WEAR it!” 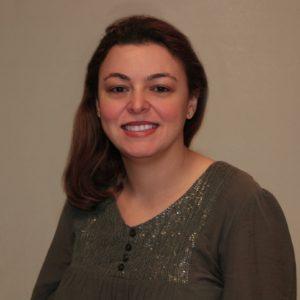 Yasmine is a licensed CPA in the State of North Carolina and a Senior Manager for the Association of International Certified Professional Accountants. Before joining the Association, Yasmine worked for three CPA firms of various sizes: a big four, a national firm and a local CPA firm in North Carolina.

Yasmine is passionate about attracting and keeping the best talent in the accounting profession and published various articles in the Journal of Accountancy such as Women’s initiatives: A strategic Advantage, Lowdown on High Potentials, and Keep the Best and Brightest. She also serves as a board member and Treasurer for the Gluten Intolerance Group, a not-for profit organization that empowers the gluten free community through support, advocacy and education.

Yasmine received her bachelor’s degree in Business Administration from France and her master’s degree in Accounting from NC State. She was born in Germany, grew up in France and studied in Canada and France before becoming a Durham resident, wife and mother of two. 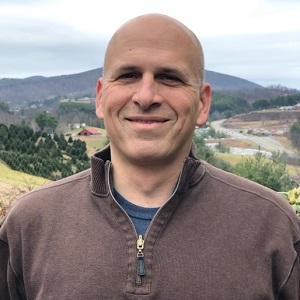 Tony and his wife, Kaylyn, have 3 girls who have attended Voyager Academy with 2 currently in college. After graduating from Oglethorpe University with a BS in Business Administration, he became an owner/operator with Chick-fil-A. He has been the owner of the Chick-fil-A on Roxboro Rd since 1999. His family attends Grace Hill Church where he serves as an elder and previously served as a deacon at Church of the Good Shepherd. Tony has served previously on the Voyager Academy Board of Directors. 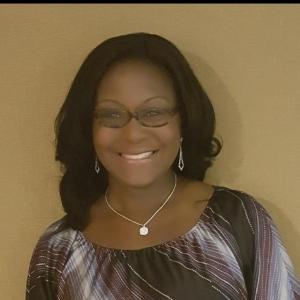 Fungai is married to Anthony Bennett and together they have two sons who make her very proud. Fungai is an active member of the community including: the international community service organization Delta Sigma Theta Sorority, Incorporated, the Economic Development Committee and the Covenant of Praise Dance Ministry at Union Baptist Church, and she serves on the Board of the Delta Alumni Delta House. But, her favorite pastimes by far, are traveling and watching her son’s compete in various athletic contests and civic activities.

Fungai has served Durham County as a Magistrate since 2018. She is licensed to practice law in Louisiana and North Carolina. She began her career as an Assistant District Attorney in New Orleans, then relocated in 2005 and resumed her work as a criminal prosecutor in Durham. Durham has been home ever since.

Prior to being a prosecutor, she earned her Juris Doctorate from the University of Dayton School of Law in Ohio. She earned her Bachelor Science from Ohio Northern University pursuant to International Business and Economics major studies and French language minor studies in Ada, Ohio.

Fungai embraces the sentiment that to who much is given, much is required. In the past, Fungai has served as Chair of the Silent Auction Committee for Durham’s UNCF Steering Committee which raises scholarship money for college students, served on the Life Skills Foundation Board which served homeless teens and young adults, and served on the Juvenile Crime Prevention Council, which provides funding to support programs for teenagers in our local community.

Her favorite quotes include: “The ultimate measure of a man is not where he stands in moments of comfort and convenience, but where he stands at times of challenge and controversy.”- Martin Luther King, Jr. ; “Service is the rent we pay for the privilege of living on this Earth”- Shirley Chisolm, and “If you want to go fast, go alone; if you want to go far, go together.” - African Proverb. 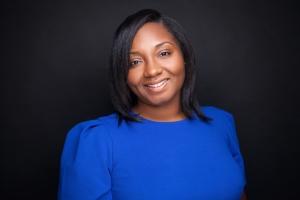 Greenlee currently works as the Partnership Specialist for the United States Census Bureau which is under the Department of Commerce of the federal government. The Census Bureau‘s mission is to serve as the nation’s leading provider of quality data about its people and economy. At the Census Bureau she is focused on building partnerships with local businesses, organizations and educational institutions in order to develop ongoing relationships and share information on the Census.

She has worked with national nonprofit organizations and universities including Michigan State and North Carolina State for over ten years in program development and marketing. Greenlee currently serves on two boards in the triangle area, Voyager Academy and YNPN Triangle NC (Young Nonprofit Professionals Network). She holds a Juris Doctorate, Master of Library Science and will complete her Master’s of Business Administration in December of 2019.